COVID: Ski season will not happen in France

Ski resorts will remain closed in France until after 1st March (and therefore for most resorts the season is not going to happen) with estimated losses in France of 1,800 million euros.
Catalunya has again delayed lifting their municipal confinement until at least 7th February, so the borders will remain as they are, and the assimilation of Andorra to Alt Urgell is not going to happen ( no surprise there then for those that have been reading it)
Hospitalisations and those in intensive care together with outbreaks in most of the care homes means that Andorra is again facing strain on the health services. Visitors have been barred from visiting patients and non urgent operations remain cancelled. The Government has announced it will step up controls on bars and restaurants, on the other hand it also seems to be pushing for the border with Alt Urgell to open although this has been ruled out at least for this week.
Andorra has now received the first 2.000 vaccinations, they will be administered to healthcare professionals, care homes and vulnerable persons.
The ski season limps into reverse gear as Spain announces a new municipal curfew until 24th January (at the earliest and will most likely be extended) and France has delayed their ski season opening until February earliest (They will have a meeting on 20th Jan to see how any partial opening can be allowed to happen in February) and will continue to prevent nationals from skiing in neighbouring countries (including Andorra). The mysterious amalgamation of Alt Urgell with  Andorra (not authorised officially but seems tolerated by both borders) also ended. This leaves Andorra's ski resorts, who chose to open irrespective of neighbouring countries' policies, up sh*t piste without a ski pole.
WARNING:  Spain has decreed to all exit points that ONLY Spanish nationals are allowed to board the ferries and planes whose first port of call is Spain. In spite of the Government announcement here that Andorra Residents will not be affected there seems to be mixed feedback so check early before you travel from UK to Spain. Feedback always welcome and maybe crucial to others.
Persons arriving from UK now have extra entry protocols to avoid the spread of the more infectious strain not yet detected in Andorra. All require a negative PCR test (as required for entry into the EU) but also now they must be actively monitored and repeat a TMA test in 5 and 10 days of arrival and submit to an antigen test (can be self administered and purchsed in any farmacy) every 2 days during that period. How that is to be enforced or monitored is not clear but once again common sense should be adhered to.
The French and Spanish are not allowed by their Governments to enter Andorra to ski.... Skis on car roofs are a giveaway but you can use the all new exhaust pipe concealment strategy. available on Amazon.com. As from 04 January 2021 you can get a daily pass for 20 euros and it is (very partially) open to all residents. A maximum of 2000 skiers will be allowed to Pal,  Arinsal is not open, and will not do so this season.
The Government will continue handing out their free Covid testing kits via tourist information centres.

Catalunya delays passing again to phase 2 ....(Originally scheduled for Dec 7th) on the grounds that the infection RHO/RH/Rt rate has risen above 0,9. This means that everything is pushed backed 2 weeks. The next decision is scheduled soon and the figures are not looking good as the RT rate is still above 1.00,  currently 1.27 and all figures are on the uptrend.
Andorra also has made official the requirements for tourists who will stay in Andorra for more than 3 nights to have a negative PCR or TMA test within the last 72 hours before their arrival. And just so there is absolutely no doubt whatsoever in any persons mind at all, the clear exceptions to this rule are:-
NARMEEN???
For arrivals by air and sea into Spain (and for essential reasons, no tourism) now require a negative COVID test taken in the last 72 hours. This requirement does not include arrivals from the land border of Andorra.

It is now clear that even as a resident returning via Barcelona to Andorra you will need a test result to enter Spain.
The French de-escalation phases are here...
Catalan borders will remain closed to all but essential travel until 17th January earliest. that is if the RH and hospital numbers are in the parameters to allow the Catalan Government to move to the beginning of the next phase. This all important RH number (known also as Rt, RHO) and hospitalisations can be found here.
Spain has 3 phases also, see here Please also note the additional decree from Madrid that perimetral confinement will be in place from 23rd December to 6th January additionally.
The problem for those travelling from outside the EU remains whether you will be allowed into the EU so please refer to the interactive map below and also the links for requirements to enter France and Spain for access to Andorra.  Once you have identified the requirements to enter the EU via either France or Spain and have complied, you will then be allowed access to Andorra via either France or Spain as Andorra is your final transit destination.
What consitutes essential travel? The list below must be accompanied by the relevant form for France or Spain together with justification of the reason:-
Only emergency surgery now available in Andorra following an outbreak of COVID in the hospital affecting patients and staff alike.
The elevated risk of death from flu and COVID has lead to a rush for flu vaccines, so much so that the major suppliers for Andorra in France and Spain have had to divert stocks to their own medical establishments causing a shortage here. Does not bode well for when or if the COVID vaccine ever becomes available?

The border is now open but there is a night time curfew for essential travel only between 1800h and 0600h. This essential travel includes transit to Andorra, so access from France is now open! However to enter France please see these guidelines that are updated regularly.  A Covid test reult or tests on arrival are in many cases required and you may be required to carry with you at all times the forms which can be downloaded here, depending on where you have travelled from.

Until 17/01/2021 entry movements are still restricted to essential reasons. There is also a nightime and municipal curfew restriction if you are travelling in Spain in these hours, it is "advisable" to carry with you the form completed and signed before you travel. You must also carry proof of the justification that you have given.
These forms cannot be completed online due to the post code in Andorra not being accepted
For travellers to Andorra who have arrived by air and entered Spain then there are no restrictions for you to transit to Andorra (except that you will have had to show a negative PCR test in the previous 72 hours before you boarded your flight), best to have with you proof of destination in some form ( Hotel booking, appointment, anything that looks official). I have had NO problems reported in this second confinement about entering or leaving Andorra in any circumstances, so the border is considered to be open for business, making sure you have a Schengen multiple entry visa if that is required for your entry to the EU.

Access to enter or transit the EU to reach Andorra 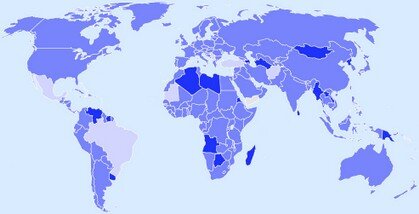 The EU external borders are open to some countries, to find out global restrictions from each country, whether as a destination or departure please click on the map which will open in a new window so you can search entry and exit requirements. Please note that you MUST have a valid negative covid test done within 72 hours of arrival from a list of countries otherwise you may face a 6,000 euro fine. Most likely this will be required by the airline at checkin, but be warned.

The figures will continue to be updated as below as the virus continues to affect Andorra. 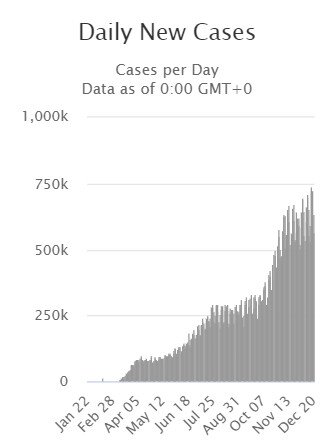 Since global statistics are going ballistic in some parts of the world with a resurgence in those countries who announced they had beaten the virus, best to keep an eye on things ...
Stay safe.....
An interesting comparison to Hong Kong which is a similar geographical size to Andorra, figures are neck and neck at about 7,200 total infected rate. The difference is that Hong Kong has a population of 7.5 million compared to Andorra's 75,000.  Hong Kong with effect from today has gone back into another lockdown much stricter than Andorra which is on the relaxation phase. Recent daily figures in Hong Kong have averaged 80 new cases and in Andorra an average of around 48 new cases. If you proportion that to the population of Hong Kong then that figure in Andorra would be 4,800 daily cases !
Use the interactive map link by clicking on the map below then choose the country from which and to which you are travelling for all the updates on restrictions.. 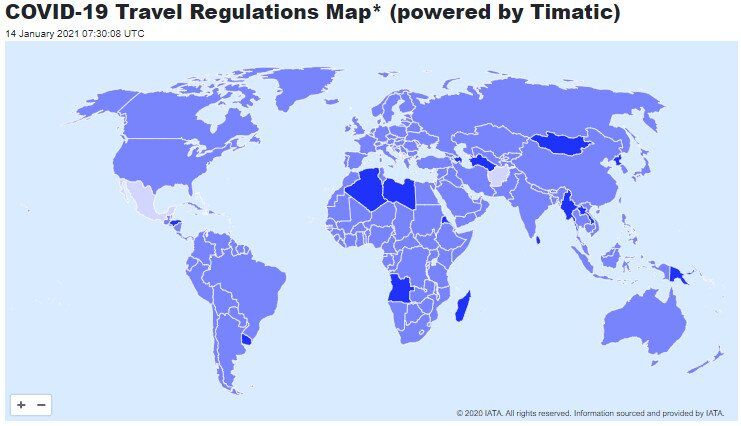 Historical events of the pandemic and how it all unfolded:-
Andorra was hit hard initially, responded impeccably, underwent unique population screening but has been squeezed between two countries whose routes out of the lockdown were never synced.