Would you volunteer to pay a tax? 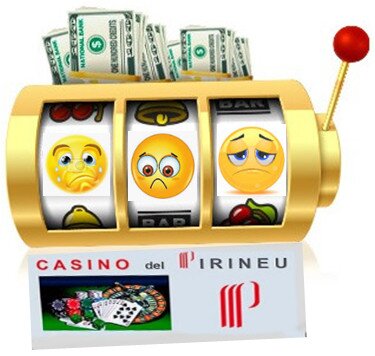 The proposed Casino (wherever and if  they decide to build it) will not be open to Andorran residents similar to models in Monaco, Macau and Singapore amongst others. Andorra intends to put a maximum limit of €15,000 that can be bought in in cash, and when that runs out its the good old hole in the wall dispenser. This corresponds to a new law on Bingo winnings where any winning in excess of €15,000 must now be declared (presumably that will apply to the Casino). Speculation is rife as to where they may place such a Casino, presumably near to the new Heliport !  For those of you that may not know the Punt de Trobada towards the Spanish border was purpose built to be a Casino before Andorra got cold feet and changed its mind some twenty years ago.

The go ahead for a casino in Andorra will be given shortly, they are looking to open in the second half of next year. The fact that they have not yet found a premises ( Another "Heliport" protest inevitable) and that they are talking about a croupier school here for training may make the start date optimistic to say the least.

Not necessarily in that order.
“……… the new Casino is to be up and running by the end of 2016. That must be good news ( for some, for others not so good) until you read about the last proposed Casino date that was to be in operation by mid 2014, again another gem from 2012…..”

The bids are open for operating the wonderful new casino in Andorra, first planned in 1985. The law changes are underway, venues are being proposed such at the Caldea, a new 3 storey bulding, Congress building and so on. Five of the nine bids so far have Andorran participation including the Cierco brothers currently under criminal process for the failure of BPA.  Well that sums things up really.

And who is the front runner ?
Before the above is addressed I have not yet met anyone who is in favour of this and if you read newspaper comments this seems to be a widespread opinion. The project no doubt is being spurred on by vested interests. Genting Resorts is one of the front runners of the 9 projects submitted for scrutiny, by whoever, for a final decision in the first half of 2018. Five of the proposals including Genting have Andorran participation from various interests including the Cierco brothers of BPA fame (say no more here !!).
Genting is proposing to invest 105 million euros in a 20 storey building next to the Caldea with 4 floors or 6,000 square metres of casino space, and 1,500 square metres of outlets, shops and wellness. Other groups have also submitted various locations. If previous reports are to be confirmed free entrance will be restricted to non-residents similar to Singapore where a resident must pay a (substantial) entrance fee. Genting hopes to attract high rollers from Asia and globally, just what Andorra needs. Perhaps they will whisk them in in extreme comfort via luxury helicopter to the new helipad or simply close roads and allow a dedicated border lane to fleets of limousines. It's also going to be interesting for cash in and out. It is difficult enough in the current climate to even make a simple transfer to the UK, what happens when one of these high rollers arrives with a suitcase full of Vietnamese Dong?
More to the point what happens if anyone actually manages to win, the Spanish fiscal police will be rubbing their hands with glee? Oh well let's see what happens we have no say it seems.
23rd November 2020. Building work has started today for a June 2022 completion.
Unfortunately the casino will happen, albeit run by some local Andorrans as opposed to an existing Casino management company which were supposed to be front runner favourites as discussed above  Lets hope they don't drill into a gas mains or something (I know they don't exist here, but you never know!).